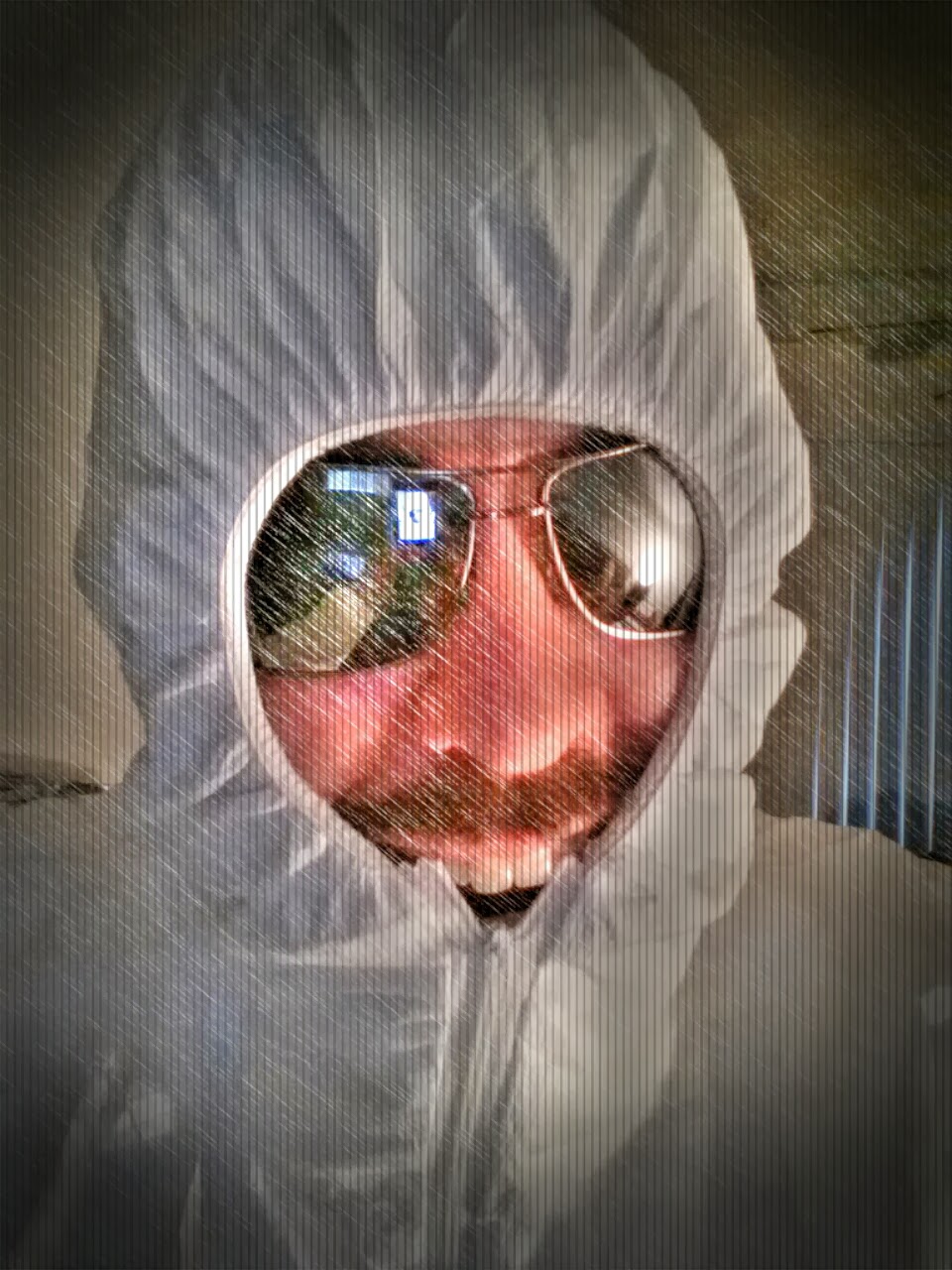 I've ceased all wireless transmissions; have hardwired the lines between all the electronics and the mainframe of my heart. There are no more signals here, I'm pretty sure I eliminated them all. They were disgusting little creatures, invisible beams of sickness that crept through me at night while I slept. Now they are gone and I am left with an eerie stillness that can be felt if I hold my fingers out just right. At a soft angle, adjacent to the floor like this.

I still stand on aluminum foil every night before I sleep. It discharges the static freckles that litter my internal frame and make me self conscious with my own soul. It is shaped like a West Virginia golf course- the aluminum foil, not my soul. But both are worth playing on.

In the other room I have club music playing loudly and I am pretending there are girls on my sofa getting it on. They are still clothed, but not fully. If I walk out there and peer around the corner I would most likely see exposed breasts being fondled by the hands of the girl seated beneath the topless one. She is grinding herself against the one beneath; her skirt is riding up exposing her soft, eggshell white legs. I almost said eggs.

The bass from the music is thundering against the walls and I wonder if my neighbors hate me yet. They tend to leave bags of garbage outside their front door, so my music is more like a "fuck you" that I've patiently waited to deliver. I think I'll go turn it up and see what the girls are up to now.

Seventeen Seconds is how long it took me to do that.

The Ring Of Fire will not leave me alone. It comes more than it goes now, visits me in my sleep even. I'm beginning to wonder if the expanding universe theory is happening inside my head. I will make it a point to invite Neil deGrasse Tyson over after the girls leave and the club music has ended. I will politely ask my neighbors to discard their trash before he arrives. We will sit together and discuss my options. He will want to look inside my head. He'll bring astronomy equipment that will appear more menacing than it really is, and I will have to hold very still while he assures me it will only hurt a little bit.

Hold on, I have to piss.

My father met his real father for the very first time on his 66th birthday. He also met one of his brothers too. They came as a pair from wherever they live in New Jersey to meet my father after all this time. Two pool hustling Jews packing heat, is what they turned out to be. It seems I finally understand myself a little bit more. Dad too, he beat them both at billiards and sent them home with their bifurcated tails between their legs. Our family just got a little stronger.

I'm writing poetry again, but I can no longer stand the website where I've been doing it for the past 8 years. They've decided to make members either pay a monthly fee or force them to leave comments on other poems before they can post a poem of their own. What kind of socialist bullshit is that? I've been a paying member all this time just because that's how I roll. If I like something I pay for it. But now I no longer want to give them money and I am in the process of removing every poem I've ever written there, all 547 of them. It is a painstaking process that I do not love. I'm going to miss that website and all the people I've interacted with, it's a damn shame that the admin became a communist turncoat who will now suffer a miserable, agonizing death in the burning valley of Gehenna.