Where Did The Writer Go?

This will be a life update post because, well, there's a lot to be said. I'm not even sure how to begin this really.

(fast forward to later in the morning)

Okay, I just wrote a poem over at my poetry site (couldn't get into a groove here) so I'll kick off this blog post by sharing it:


our minds crawl
into the strangest of holes

leaving the light that warms us
at the surface
to enter a dark place of hidden mystery.
we crawl forth, like

babes across soft carpet,
crawling to where comfort ends
and the cold uncertainty of tile begins.

most stop here,
but some continue on

and find themselves
wearing the button(s) of their god(s)
on their lapel, or
lipstick from another lover's dream.

the holes lose shape
the deeper you go, become less rounded,
surrounded by the roots of trees.

many stop here, few continue on

to the undercurrent
of our emotional existence,
that network of connectivity that reads
like a poem,
transforms our terrestrial being.

we become heavenly,
learn answers to questions unasked
by our former selves;
become what we already were,
but were unable to see.

few get this far, but some do

to that sacred geometrical place
spinning deeply within the universe,
a theory as thin as string,
a spiritual awareness of wings...

our minds crawl
into the strangest of holes,
don't they?


There it is, a poem by yours truly. Much like this blog site, that's the first poem I've written in a long time. Over the past several months my muse has been suffocated by a relentless quest to learn more shit. Whether it be politics, religion, or history, I find myself completely consumed by the desire to learn more & more. This thirst for knowledge didn't exist when I was in school, I merely skated my way through with a minimal connection to my future self. I didn't really care or believe in the things I was learning back then, my biggest passion was figuring out how to achieve the highest grade with minimal effort, all while avoiding the school bullies.

Now my brain is on fire and I've ventured down the "rabbit hole". Through varying sources (i.e. documentaries, websites, books, podcasts) I have been learning many things, some fascinating, some terrifying. Other than my girlfriend and my friend Steve, I don't really have people in my life I can dig deep with. For example, all of my coworkers think of me as an insane, conspiracy-driven, liberal-leaning, god-hating garbage man, so obviously I don't find much solace in those conversations. Allow me to use the following example:

9/11/01. Remember where you were when it happened? Remember the tremendous disturbance you felt in your gut when watching those towers collapse on television? Me too. I was living in North Carolina at the time and had just finished working a 12 hour shift. I was home, just about to go to sleep, when the news channels showed me the horror. At that time in my life I had never voted, never given politics a single thought, never considered my place in the universe nor did I care about the history of the human race. I was young, battling the demons of my childhood, ignorant of the darkness that existed elsewhere. I swallowed the story they told me that day, after-all, why would I question the news reporters? They made a living discovering facts that I didn't have time to discover for myself. Well here I am now, a 36 year old man, and I have lots of time on my hands and many more opinions and interests than I did 11 years ago. And I've been studying.

But part of me worries about what I write on the internet because of the Brandon Raub story and the new America I find myself living in. If a combat veteran who fought in two wars isn't safe from writing his beliefs on the internet, why would I be? I agree with the words (even the misspelled ones) Brandon wrote. My studies of the events that took place on 9/11 have produced a new horrible feeling in my gut (and in my heart). There is so much evidence that wasn't brought to light, much of which our own government could be behind. That terrifies me, but what terrifies me more is when I think about what could happen next. How is it that a 30 something garbage man living in Salem, Oregon would worry about such a thing? Well, this book, for starters: 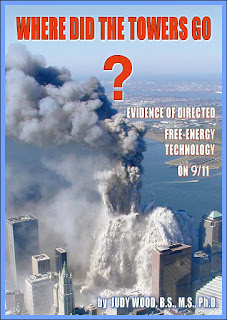 Okay, here's the deal. I'm a fairly smart guy with a bullshit meter that has a decent track record, but I dropped out of college because I felt I wasn't that smart. I rely on other people who are much more intellectual than myself to show me the way. I will do my homework and try to find out if I'm being bullshitted, but even still, physics is not something my brain understands. I am much better with poetry and short stories. I know of Nicola Tesla and his genius for all things electric, and I've learned how, at the end of his life, the government stole many of his ideas and concepts, but is it possible he was right about the wonders (and dangers) of free energy? I'm not this smart, but I can't stop thinking about it. Maybe somebody will read this blog and tell me something I haven't read or thought of yet, some snippet of truth that will snap me out of this unnerving line of thinking. But so far, no other explanation of 9/11 that I've read, offers scientific explanations for all the anomalies that occurred that day. Thermite and controlled demolition had my head exploding (pardon the pun) before, but now I'm simply shocked and awed at the thought of molecular manipulation via a directed energy source. Really? Could this really have happened? I don't know, but I do know over a million tons of steel and concrete disintegrated in midair right before our very eyes (minus the few stories at the very bottom that created the ground zero heap).

So, tell me I'm not losing my mind and that I've simply went too far down the conspiracy rabbit hole, show me what I'm not seeing and snap me out of this surreal daze. Please! And then I can get back to writing my poetry and short stories and finally put an end to the question: Where Did The Writer Go?

Okay, enough of the scary stuff, every knock on my door startles me now. Oh wait, I didn't even get into economics and fiat currency and a doomed financial system (yes, I'm aware of The Creature From Jekyll Island). Nor did I explain the purchase of guns and the growing food and emergency supply stash in my closet, or the ordering of survival books, etc. Do you see what I've become? It's not too late for me though, I can be reeled in. Maybe tonight's stand-up comedy show with Patton Oswalt will have me laughing so hard that all these scary concepts will pop out of my ears and fall to the floor like slugs and get smooshed by the feet of the exiting masses. I can only hope, right? 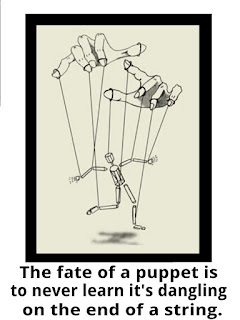 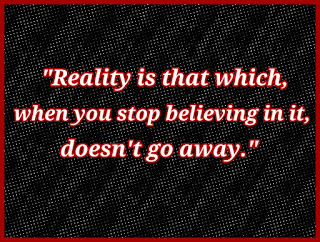 Posted by solarjinx at 3:53 PM