Unless you were an unfortunate recipient during the post 9/11 Amerithrax scare or the Unabomber's reign of terror, everyone loves getting packages in the mail. Me too, which is why I love shopping Amazon. There's nothing like opening that small metal door and seeing the USPS key inside that will unlock the bigger mailbox where I know a package awaits me. In the picture you can already see the opened PS3 game, Mass Effect 3, which is unbelievably awesome. So what's in the unopened box? 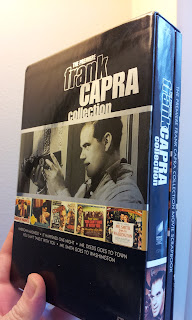 A Frank Capra DVD set for 25 bucks + free shipping! This makes me very happy. And since it's Cinema Sunday I went ahead and watched one and will now say a few things about it. I chose the movie It Happened One Night (1934).

The gist of it: A romantic comedy about a spoiled rich girl who marries a wealthy man against her father's wishes. Upon her father's annulment of the wedding, the daughter runs away (via bus) for New York City to be with her husband. Along the way she meets an out-of-work newspaper reporter and unwittingly falls in love.

Why I liked it: I loved many things about this film and enjoyed all 105 minutes of it, but really, should that come as a surprise? Frank Capra is no slouch when it comes to making movies. And as far as modern day romcoms go, this one blows them right out of the water. I'm sorry, but Jennifer Aniston will never be a Claudette Cobert, no matter how many times she tries. And Clark Gable? Wow, just wow. These two actors were perfect together and it's no wonder they both won an Oscar. Speaking of which, IHON just so happens to be the very first film to win all 5 major Academy Awards (Best Picture, Best Director, Best Actor, Best Actress and Best Screenplay). A few scenes that stand out in my mind: the dialogue exchange between Peter Warne (Gable) and the bus driver over a pile of newspapers that were stacked on his seat was simply genius. The hitch hiking scene was a lot of fun, as was the cabin scene when the cops stomped in and questioned Ellie Andrews (Colburn). In summary, this is a fun film that is sure to please, even if romantic comedies aren't your favorite genre. I think that's what I liked most about this film, it didn't try to overachieve or accomplish its goals by using all the genre tricks you see in almost every movie nowadays. It worked perfectly on its own. 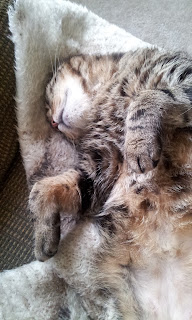 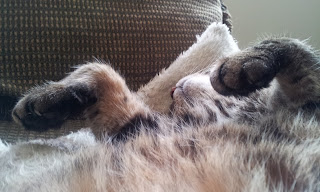 Posted by solarjinx at 6:48 PM