What's this... an unattended blog page? An abandoned home? I didn't even need a key to get in here, the door was wide open and all the windows are smashed out. Weeds and flowers have grown through cracks in the floor and the sun shines through the roof in places. This place is a beautiful wreck, it feels just like home. Much has happened since we last met, so I will waste no time and get right into it. Are you ready? Let's go...

I'm typing this left-handed, mostly. I try to use my right arm as much as I can, but it's not easy and it hurts after only a few sentences, so the left gets to do all the work. I think I might have mentioned in an older post that I damaged my rotator cuff back in October, well it never healed so I finally went in for surgery. Yeah, it sucks. I'm off work for the next several months and I'm a prisoner to my apartment because my car is a stick shift and it's my right shoulder that was operated on. I've practiced driving using only my left arm, but it's a tricky thing and I don't feel confident going very far. And since writing is such a pain in the ass with only one arm, the TV has become my best friend lately. Between my DVD collection and Netflix streaming, I've watched so many movies and shows lately. Maybe I'll compile a list of everything I watch and then write up a summary of which movies I really liked and which ones were Some Old Bullshit. Oh, before I forget, here are a few pics: 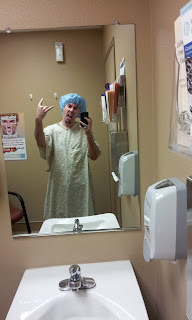 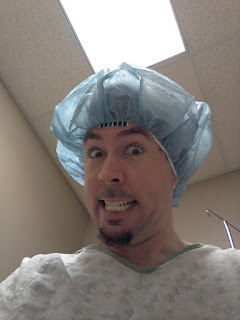 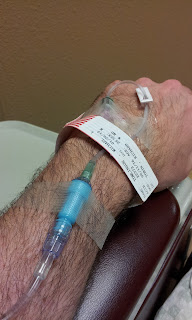 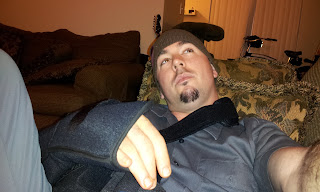 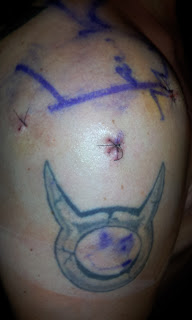 That last picture shows the three puncture wounds and my "not a devil" tattoo with the smiley face drawn in by the doctor while I was anesthetized. Cute, doc. My mother hates that tattoo because it has horns and reminds her of the dark lord, and I agree that it does bear a resemblance, but it's not. I was born in May and I am a true blue Taurus, through & through, it's a zodiac sign tattoo, that's all. I wonder if the surgery team had a similar debate?

Before my surgery, during my last full week at work, we had an interesting thing occur. Firey vandalism! Here, take a look: 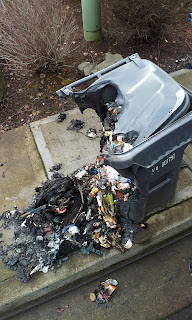 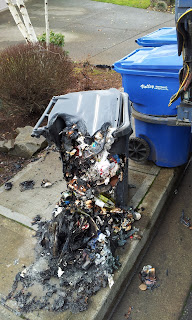 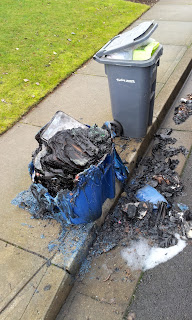 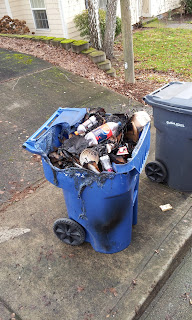 Silly children, they get so bored sometimes, ya know? I never did anything quite like that when I was a kid, but that's only because I hadn't thought of it. My creativity bloomed later in life.

Speaking of creativity, I was walking downtown the other day when I noticed a painting for sale in a storefront window. I walked around the corner and went inside to inquire about it and get a closer look. Turns out it was on sale 25% off and was painted the year I was born (1976), so I bought it. Here's the painting when I first saw it in the window and then a close-up inside the store: 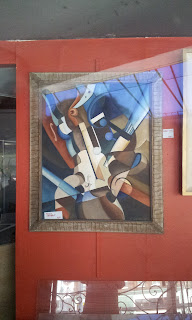 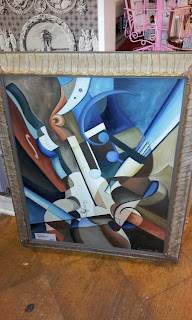 Okay friends & followers, that's all I have for you today. My shoulder and body hurts and I'm getting hungry, so it's time to go do something else, like... lunch and a movie? Ha. See you soon!
Posted by solarjinx at 11:55 AM