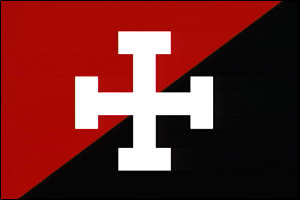 Edgar sat at the edge of the sofa with his right leg angled up onto his lap. His foot was grasped in one hand while the other hand picked around underneath his toenails with a toothpick. Polly and Lyle were seated around the coffee table, heavily invested in a game of Canasta. Polly had him on the ropes by 2,400 points, it didn't look good for Lyle. To be fair, she did warn him before they played. Edgar remembered her saying, "My father taught me this game when mom decided to become an alcoholic. By noon she'd be drunk off the box wine and daddy would break out the cards and we'd play all evening. Mother got good at drinking, I got good at The Game."

She was right, that girl could hold a hand like no other. This was nothing new, he'd watched her lay down three melds and go out all before the other player barely broke a few hundred points. She was a cut throat, she belonged in strange places. Lyle cussed and slammed his hand on the table, "Son of a bitch!" Polly just sat there grinning while she slid her point cards into a pile to be tallied. "This girl is a goddamn ringer, man." Lyle declared loudly as he stood up and made his way to the kitchen. Edgar went back to his dirty work, his toothpick was becoming weak and splayed at both ends. A collection of stinky undergrowth was stacked on a napkin to his left.

"Hey Edge, that's kinda gross." Polly said without looking up from her accounting duties. Her blonde hair rolled down past her shoulders, almost touching the coffee table as she flipped through her cards zestily. She wore a tight fitting shirt, low-cut, her tits helping count her cards, but if anyone made mention she'd be quick to say that we all have tits, but hers are just begging for attention. That's Polly Potts for ya.

"Say Polly, has anyone ever told you that you remind them of the Khmer Rouge?" She looked up then, curiously toward Edgar as he looked down still at his business at hand. The toothpick was more of a hindrance now than anything, it wasn't getting the job done. He tossed it onto the napkin, "Hey Lyle! Bring me a toothpick from the kitchen, would ya?" Edgar said as he looked down at Polly.

"What do you mean I remind you of the Come Here Rooz, or whatever you said? What the heck does that even mean?" she asked with an odd look on her face. Edgar sat for a minute, his eyes staring at the score sheet on the table. He reached down next to her, retrieved his gin & tonic and took a long pull from the glass. The ice cubes clanked against the glass as he swirled it in his hand.

"Yo Edgar, your ice cube trays are only frozen on one side again! It's so goddamn hot in here your freezer is working half-assed!" Lyle yelled from the kitchen. Edgar could see him standing in front of the refrigerator with a tray of cubes in his hand, water dripping to the floor.

"Turn 'em around and put 'em back in, they'll be good to go in 45 minutes." Edgar turned his attention back toward Polly. "It's called the Khmer Rouge (he spells it out). Interestingly enough at the exact same month and year that you were born in this wonderfully safe and palatial country, a terroristic communist regime 9,000 miles away was exterminating hundreds of thousands of people all across Cambodia. Mothers were raped and murdered in front of their children, fathers had their faces smashed in by gun butts. Innocent civilians were buried alive or forced into imprisonment and hard labor, and shot to death if protested. Now you might be wondering, what the hell does this have to do with you? And my answer to your question comes in two answers, dear Polly." Edgar takes another hit from his drink before continuing. "First off, it's the way you play The Game. You are ruthless with the cards, you find no qualm in squashing your opponent quickly. You are swift and effective, cunning and deceptive, you crush your opponent and show no mercy. You set out to win, and you achieve it in spades."

At this point Polly just sat there looking up. Her gaze fell upon the small collection of stinky toe matter on the napkin near her. Her stomach lolled and she felt a little dizzy. The score jotted down on the sheet of paper in front of her now read 4,270 to 1,780... she was crushing the life out of Lyle and she knew he stood no chance against her. She looked back up at Edgar as he continued.

"Secondly, it's your name. There are many things we as humans cannot escape in life, and our names are one of them. We are born who we are, we cannot change that in most cases, and you, my dear friend, had the extreme misfortune of being born of the name, Polly Potts. And I can see by the inquisitive look on your face that you've yet to make the connection. Well, allow me to connect. The leader of this mass murdering communist regime that I just described to you was named Pol Pot, and by now I'm sure you see the uncanny similarity between the vowels and consonants you both share. My dear miss Polly Potts I'd like for you to meet Pol Pot, ruthless dictator and and Canasta champion of 1976. You two share a special place in history."

Tears welled in her eyes as she realized the efforts of her cunningness were overlapped by Edgar's horrible analogy. She grabbed the score sheet in her hands and crumpled it into a ball and tossed it across the room. She stood up and quickly hurried to the bathroom. Lyle appeared with a toothpick in one hand and a beer in the other, "What the hell happened out here? Did she just forfeit The Game?"

Edgar replied, "I seriously doubt it.. I have a feeling she'll be back with a vengeance."