Tease Before Take Off 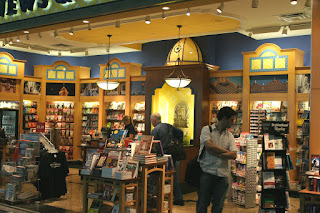 Edgar sat there at the table staring at the empty chair across from him. He spun the white mocha coffee around in his restless hands, glancing frequently at the door of the women's bathroom wondering when it would open again. He gathered too much momentum and warm brown sludge spurted out the sip hole of the plastic lid, making a small mess on his hand and the table. "Fuck all" he murmured as he reached for a napkin.

He was just at this same airport seven days ago, sitting almost in the exact same spot, but it was much different then. She hadn't landed yet, she was still 45 minutes up in the air. Everything was safe then, time wasn't careening out of control. He remembered the text messages and emails sent from phone to phone, inbox to inbox, for almost a month leading up to her final approach. It was fun talking about her pussy in poetry, comparing it to a small hole in the side of a dam. There were many clever exchanges between them, all friendly and inviting, they had a lot of fun with words. And then she landed.

"Excuse me, mind movin' your leg a sec?" Edgar looked up to see a robust man in his mid-thirties wearing a gray jumpsuit standing there looking down at him, a mop handle grasped in both hands. The airport insignia was etched across his chest in jumbo blue lettering, split in half by the unzipped portion of his uniform. A patch over his right breast revealed that this janitor's name was Chappy.

Edgar glanced back over to the women's bathroom wondering if he had missed her. What if she slipped through undetected and made her way into the adjoining gift shop? "She's probably spying on me from behind a Cosmo magazine" he thought to himself, "giggling from afar, pretending to be cute and invisible." She had a way of hiding behind things. She was childlike and everything was a game to her. She would probably try and sneak onto her plane without saying goodbye. He imagined her navigating behind t-shirt racks and candy shelves, ducking low when necessary, revealing her thong and perfect bubble ass to anyone watching this part of her exit strategy.

"Excuse me, sir, it'll only take two swoops to clean that up." Chappy motioned with his head by nodding down at a puddle of brown syrup near Edgar's feet. For a moment he thought maybe it was his own spill. He tried to figure out how in the hell his mocha got way down there. He remembered using only one napkin for the mess on the table, and the mess on the floor was at least a five napkin job. Or two swoops with a mop, as Chappy pointed out.

Edgar got up and walked towards the bathrooms, keeping a close eye on the gift shop and the Beach Hut Bar & Grill next door. He stopped out front and peered in, eyes scanning all possible spots where a petite girl in a tweeter skirt and honey brown halter top could be hiding. He didn't see her in there. The girl at the gift shop counter was looking back at him, waiting for his eyes to find hers. Edgar locked on, she was smiling and looking right at him as she rang up a customer. She never looked away, she knew something. She had the clue he needed to find her before she flew away, back to her hometown where she'd soon be playing games with someone new. The cash register made change and clanged shut and the girl broke her stare and looked over at a door he hadn't noticed before. Edgar moved in for a closer look.

It was tan, same color as the wall, and expect for a small placard that read "EMPLOYEE ENTRANCE" the door was impossible to notice. "Had she really gone in there?" Edgar thought inquisitively. He inspected the door for a handle, but there was only a card swipe mechanism. This girl was good, how the hell did she do it? She was probably waiting on the other side with her cherry out, her clothes piled at her feet, smiling in anticipation. She loved these games, she loved the men who played them. He pulled out his debit card and gave it a try.. nothing. His Safeway card.. nothing. He tried his driver's license and library card, both with similar results. As he pulled out his health insurance card and raised it to give it a swipe, he was tapped on the shoulder and he quickly turned around.

"What are you doing, Edgar?" she stood there with a very cute and curious look on her face. Her clothes were still on her body, her hair was pretty much perfect, but her left shoelace was coming untied. The girl in the gift shop had given him false information, she was a deceiver, she had thrown him purposely off the trail.

"You were in the bathroom the whole time, huh?" he asked sheepishly. Her green eyes were little love magnets that attracted men from coast to coast. She batted them wildly, smiled and winked, and replied, "maybe, maybe not." She really liked her games.
Posted by solarjinx at 11:27 PM