He stared at the light socket for what must have been at least ten minutes waiting for a brown beetle to crawl back out, the entire time taking hits from his pint of cold Hammerhead IPA. Earlier he spotted three of them, hardened and determined, traveling from the exterior of his world into the interior of their own via that outlet. He knew eventually they must come back out.. they always come back out, don't they?
"Goddamn, they might have it made in there" he said aloud as the bartender noisily rearranged a nearby rack of Collins glasses. "I bet twenty on red they got themselves a beautiful set-up, a nest of extraordinary comforts that they call home. Nobody giving them any shit."

The bartender went about his business as if nothing was said. He was used to this, every single night. He learned how to use the left side of his back to do all the talking when customers like Edgar began their drunken rants. He was a pro, a professional, and he never let an empty cup go unattended for more than a minute.
"Fuck the beetles," he thought to himself, "I better get a tip outta you tonight, Edgar!"

Meanwhile, on the other side of civilization...

"He's still sitting there, staring at it." (inaudible clicking from further away) "No, he's still drinking number seven, at least I think that's number seven... hey DURKMITE, you got the roll on seater number three?"
DURKMITE twisted his brown shell around and shifted slightly onto four legs, "Yeah boss, three's on seven, but by nine he'll lose focus and by ten we'll be good to go. Happens every time."
"Excrement, most excrement." And at that the they all celebrated by clicking their shell wings together simultaneously.

Meanwhile, on the inside of civilization...

"Edgar! Wake the fuck up!" The barkeeper's voice vaulted over the jukebox as he tossed his drying towel at Edgar's sunken head. "You've had nine too many, goddamnit, I want you outta here!"

Edgar raised his head, performed a slow bob from left to right, acknowledging the fact that yes, he was indeed fucked up, and started lifting himself from his bar stool.
"Listen here you hatchet-faced manimal, I will not tolerate those kinds of service. I am for and have always been this establishment's pretty pimple, you get me?" He slowly removed himself from his bar stool and clumsily made his way into the men's room. A minute passed and suddenly the door swung open and out popped Edgar. He paused and turned toward the bar and yelled, "They came back out! The goddamn beetles came back out just like I knew they would and they're extracting shit balls from the toilets and rolling 'em across your lovely floor!"

"That's it! Out I say, OUT!" screamed the barkeep one last time.

Meanwhile, on the other side of civilization... 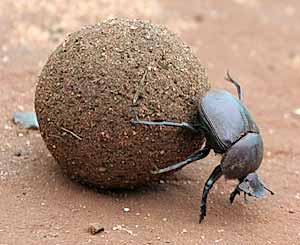 Posted by solarjinx at 8:55 PM