For those of you who are my east coast friends, you will only get to experience this via my blog (or unless you come visit me). Allow me to introduce you to McMenamins.

Wikipedia says: "McMenamins is a chain of 65 brewpubs, breweries, music venues, historic hotels, and theater pubs. The chain is located mostly in the Portland metropolitan area, but has many other locations in Oregon and Washington. According to the Brewers Association, McMenamins is one of the top 50 largest craft breweries in the United States."

Basically what happened was this. Back in the 80's two brothers decide to open up a brew pub and upon its success, they decided to open up another one. And then another, and another, and another... you get the picture. What's unique to this particular restaurant/brewery chain is that they like to buy up old historical properties and turn them into a new location. For example, the McMenamins closest to where I live in Salem is called the Boon's Treasury. It used to be a general store owned by Oregon's first state treasurer, John D. Boon.

Okay, so now that you get the idea of what I'm talking about, let's move on. Not too long ago a friend of mine told me all about a really cool marketing strategy McMenamins started. What they've done is combined all of their locations and created a passport that you carry to each location. When you're there all you have to do is go to certain key areas (typically the bar and/or front desk), show your passport and get stamped. That's it! As you complete each location along the way you get free prizes. For example, I just visited Hotel Oregon in McMinnville which required me going to all three bars (main, cellar, and rooftop) and to the front desk for a total of four stamps. The guy at the front desk gave me a clue: "Maybe they came for the rabbits". I had to walk around the hotel and photograph the answer to the clue, then show him the picture before getting my last stamp and prize. I received a cool Hotel Oregon t-shirt! The price of the passport was twenty bucks, so I already got my money back.

My plan is to visit every location via my motorcycle. I will turn the McMenamins Passport game into mini weekend motorcycle trips. For the furthest away locations (Seattle and Bend) I will spend the night camping out somewhere, maybe get a hike in, explore the area. I'm excited!

When the entire passport is stamped and completed you become an instant winner of their grand prize list, and let me tell you what, it's pretty badass. Here's the run down of everything you get:
So there ya have it. For those of you who are reading this and live in the Pacific Northwest, stop in at any location, buy a passport and let the fun begin! For those of you who are faraway friends, well, you're shit out of luck, sorry. 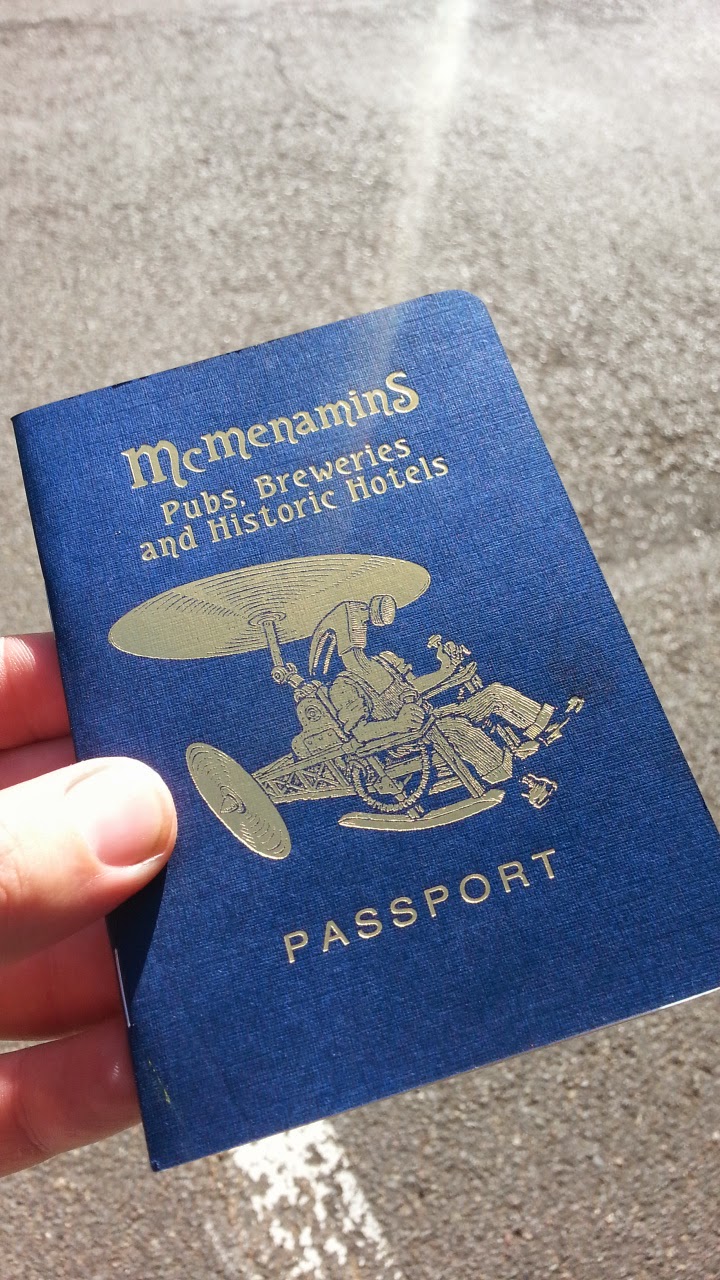 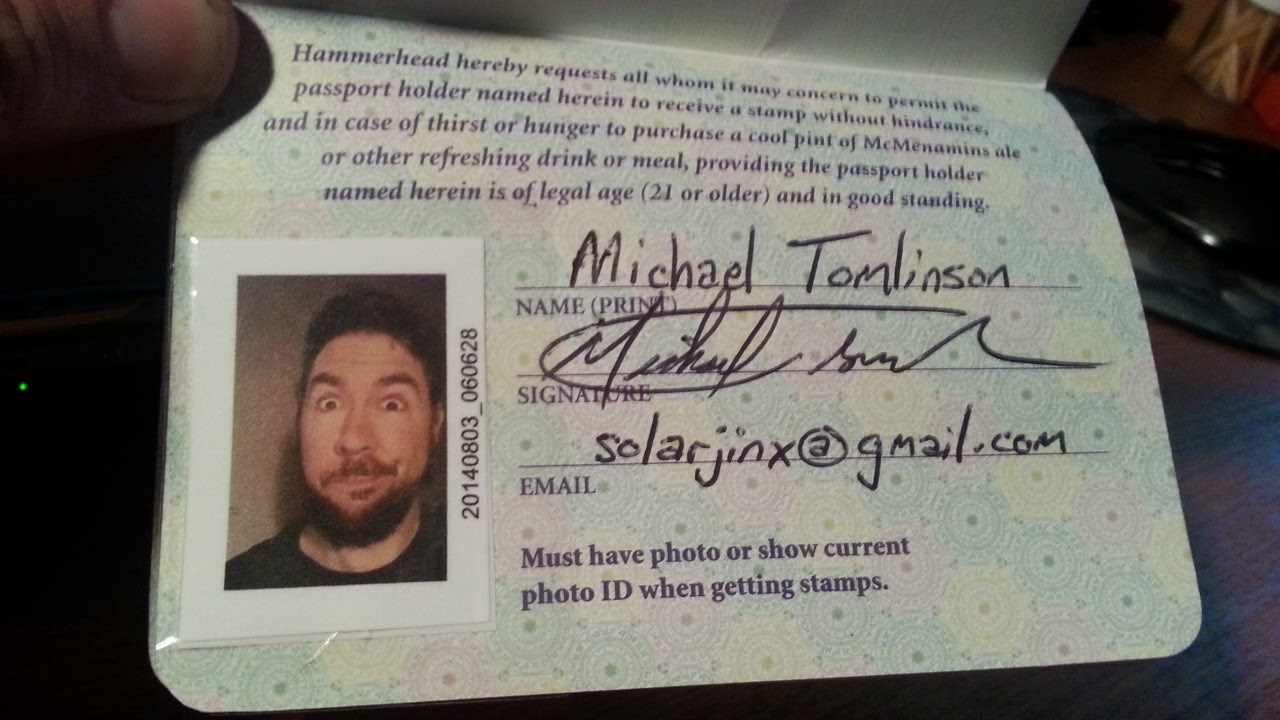 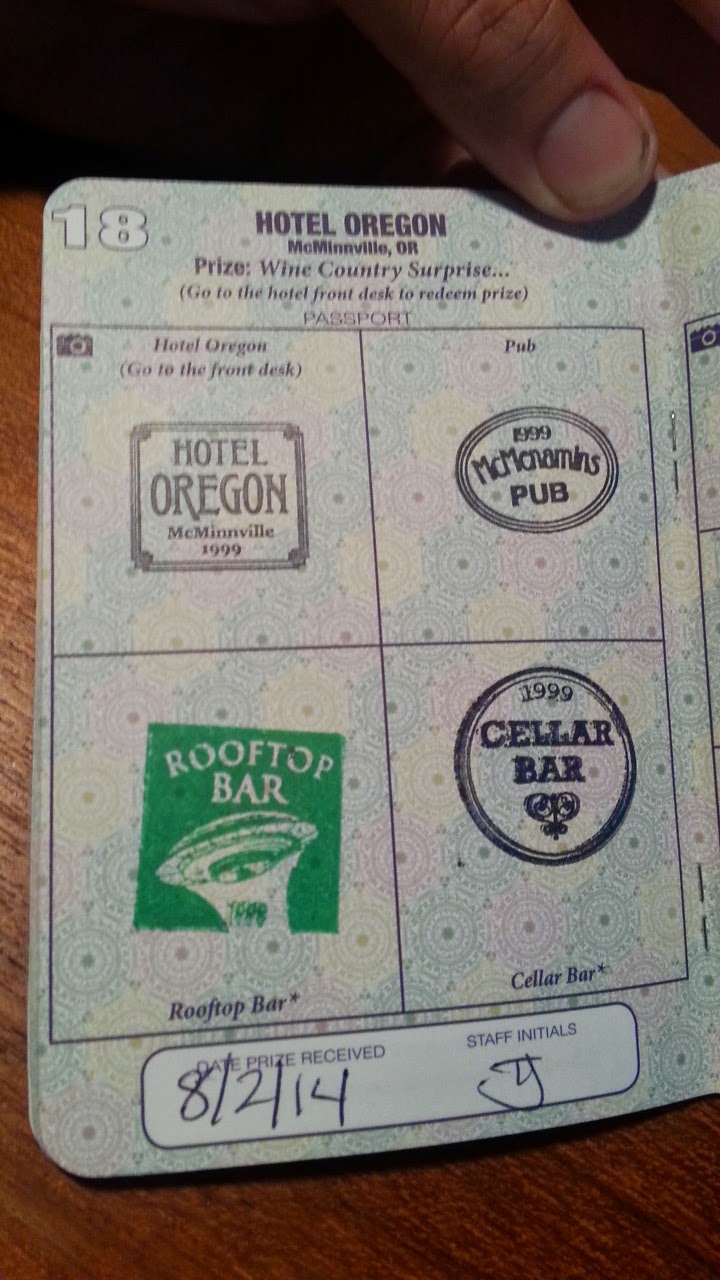 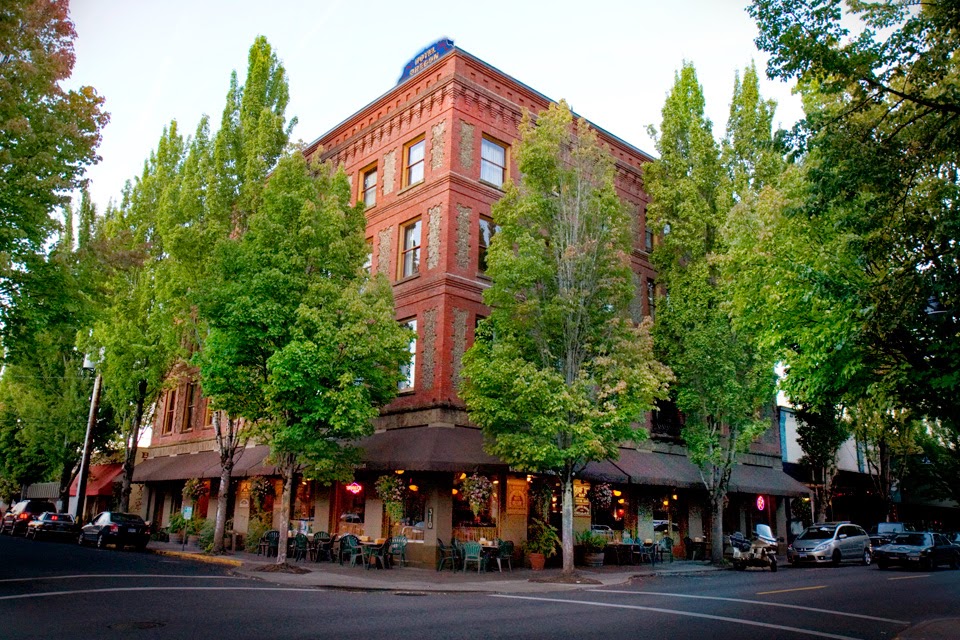 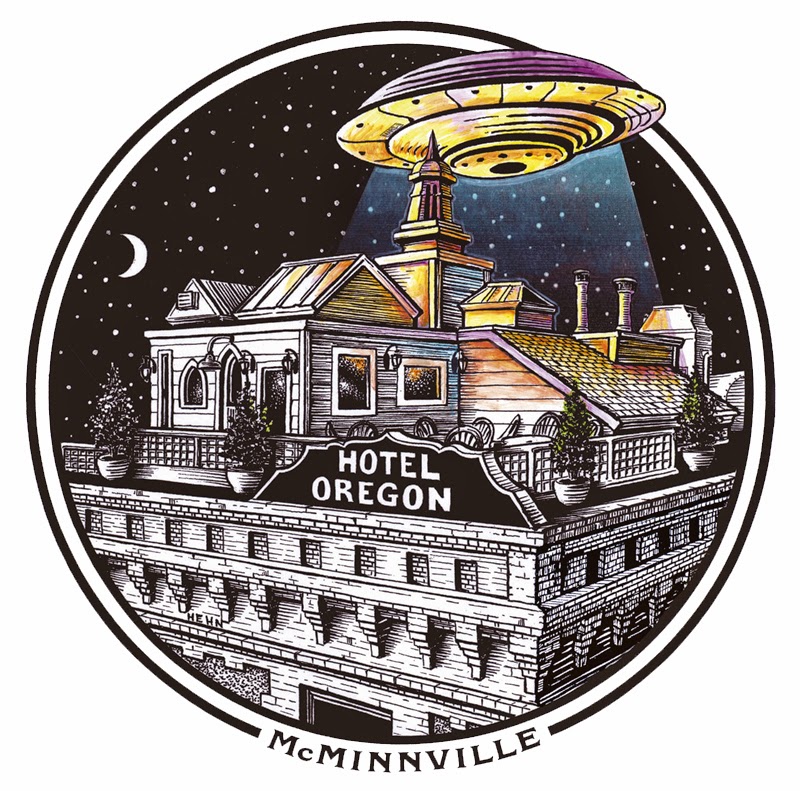 Posted by solarjinx at 8:30 AM