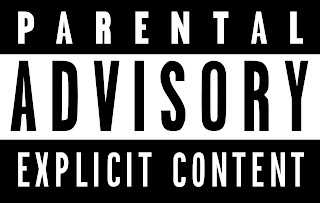 Kim calls me from her friend's apartment phone at 2 a.m. I don't recognize the number, so I don't answer. I'm sitting on my couch practicing scales on my guitar and watching old school bush porn when my cell rings again. It's the same unrecognizable number.
"You were supposed to be here an hour ago. Where are you? What the hell are you doing?" she asks.
"I didn't recognize this number." I say as I reach for the remote and turn the volume up on the television. A knock suddenly raps against my front door and I ignore it.
"What does you not recognizing this number have to do with you not being here an hour ago?" she asks. I can tell that her mood is off, that maybe she is a little perturbed tonight. Earlier today she missed her period and most likely this was still weighing on her mind. She also woke up late and missed an early bird shoe sale at Journey's. Girls have strange ways of dealing with things.
A man partially dressed as a mechanic has slipped out of his work pants and is now banging a brunette against the side of an old Plymouth. Her arms are outstretched across the top of the car and her head is tossed back in pleasure. She moans loudly, telling the mechanic how badly she wants him between heavy breaths. Her tits flop against his Dickie's work shirt while he rails her and grabs her ass cheeks with his hands. A second round of knocking can be heard at the front door again.
"Is that a girl I hear in your apartment? It sounds like she's crying," Kim says.
"She is very sad, she just found out her poodle died," I lied. "Her boyfriend is here and he keeps telling her 'oh yeah, it's good' and all she can say is how badly she wants him. She really loved that dog I think."
The knocking on the front door continues. I hear Kim say something to someone there, her hand muffling the sound of her words as she speaks. When she returns she says, "Emkay wants to know if we should wait to start dealing the next hand. You were supposed to be here an hour ago."
I'm very aware of the guilt trip she's laying on me. She is so skinny and her pussy is small and my cock feels like a champion inside her when we fuck. I love her, and she always wants to face toward me during sex, but I have trouble cumming when she looks me in the eyes. I was the first boyfriend she fell in love with, so naturally I have to pretend that fire-breathing dragons still exist in the land of Camelot. I'll protect you, my dear.

I answer the door and it's Becka. She has a cat in her arm. "I'm pretty sure I told you about our pet deposit, right?" she asks. This is our code. About a month ago we decided that if we were going to keep it up we needed to devise a plan, and so the cat idea was born. Becka glanced past me and noticed the sex taking place on my television. "Looks like I caught you just in time."
I glanced back into the living room just as the mechanic was about to peak. The brunette's moans were especially loud now as I retrieved the remote from my pocket and turned the volume up several more notches. I was trapped. A pearl growing inside of a clam. Suddenly I found myself wanting to be free. Spit out from the mouth, the music cut in half. I wanted to become a memory and float away lazily, landing softly in another town. I set my phone down on the junk table near the door and grabbed Becka by the shoulders and bit her on the nose. She freaked out and released the cat, which ran off into my bedroom.
"You just fucking bit me!" she screamed.
"No I didn't," I replied and walked past her out the door.


Note: My friend tells me the point of writing fiction is that it doesn't have to be clarified, and yet here I am making this disclaimer anyway. This is just a story, people. Something I made up in my head with the help of several beers. It's just practice for my writing. Yes I used first person narrative, and I think I did that so I could get closer to what my character might feel in this shitty situation of sex, lies and adultery, but fear not friends, none of this happened. And in case you're wondering why I even feel the need to make this clarification, my mother sometimes comes here to read me. This story... probably not her favorite :)
Posted by solarjinx at 11:11 PM